European lobster is a high value species where catches are low and commercial farming of plate-sized lobster has not been established. Thus, the consumer demand and market price is high in all market segments around the globe. Hence, the European lobster could be one of the most promising potential aquaculture species, due to very high prospected profit margins. However, technical and biological challenges of landbased farming need to be solved.

Norwegian Lobster Farm in Kvitsöy in Norway has from their pilot study concluded that the progress in aquaculture with e.g. recirculation of seawater and industrial
technology has made it possible to meet the particular demands of lobster
farming. Moreover, a few companies, research industries and universities have been successful developing the first critical stages for lobster stocking. On this ground the European Lobster Center of Excellence (ELCE) was established in April 2013. The ELCE partnership is now joining partners from Denmark, Iceland, Italy, Norway, Spain, Sweden and UK. The aim is to share knowledge and experience and work towards  strengthening lobster farming and lobster stocking.

Svinna-verkfraedi Ltd in Iceland has joined forces with Norwegian Lobster Farm and DTU-Aqua in Denmark and with support from the ELCE network with the aim to solve challenges needed to move towards implementation of landbased farming of European lobster. The test site in Iceland uses geothermal heated sea water. The lobsters were received from the National lobster hatchery in Padstow UK and the Institute of Marine Research (IMR) in Bergen, Norway. Furthermore, tests are carried out at Norwegian Lobster Farm in Kvitsöy, Norway and at DTU-Aqua in Hirtshals in Denmark. 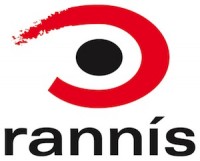